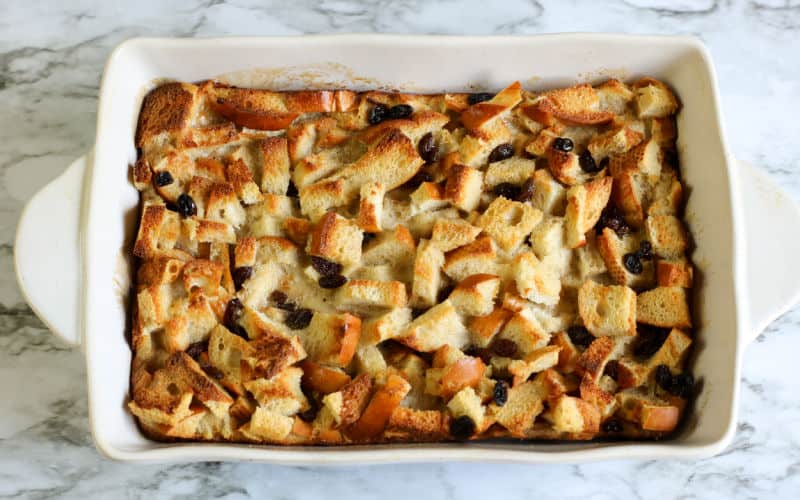 If you’ve got leftover bread crusts or some stale bread and want a sweet dessert, try this traditional southern bread pudding.

When my mother was young, my grandmother, Mema, would cook up a delicious bread pudding in her skillet. It would fill the entire house with the aroma of “sugar and spice and everything nice“. It was her own recipe made by adding a little of this and a touch of that.

As an adult my mom asked her for the recipe. Mema replied that she didn’t actually use a recipe, she just made it from memory. So what does my mom do? She watched Mema make it one day and took notes each step of the process.

It’s passed down the family

Later, she used the recipe to try her hand at recreating the same mouthwatering dessert. She gathered the ingredients and diligently followed her handwritten notes to make what she hoped would be a fairly good replica of my grandmother’s bread pudding.

After the bread pudding was finished cooking, it smelled the same and looked the same. The true test would be sharing it with Mema to see if it passed the taste test. So while it was still hot from the oven, she carried it over to Mema’s house for a tasting party.

Mema was delighted and dug right into the soft and fragrant pudding. When mom asked her if it tasted okay her reply was, ” I believe it is better than mine!”

While my grandmother is no longer with us, this bread pudding reminds us all of her and the love she poured into everything she did.

Bread pudding is said to have it roots in 13th Century English cuisine and was once called “poor man’s pudding” because it was popular with the lower classes. Possibly the use of “stale” bread made it easy to prepare because working families usually had that on hand.

Bread pudding was considered a comfort food and enjoyed by the masses.

Regardless of its humble beginnings, the simple bread pudding has been elevated by modern chefs and has risen to new heights of culinary creativity. Since comfort food is BIG in the south, this dessert fits right in with my southern roots.

I can’t think of anything more comforting than enjoying a hot bowl of bread pudding while wrapped up in a soft, fleece blanket watching a classic movie on a cool, fall night.

What kind of breads can I use for bread pudding?

You can use a variety of breads to make this pudding. My grandmother used stale “white or light” bread as she called it to make her pudding. It was before the days of whole wheat bread when white bread was the most common type of bread found in homes.

She would save the bread (in a bag in the fridge) that was too stale to use for sandwiches, and when she had enough she would use it to prepare her tasty pudding. My mom has used both white and wheat but the classic still tastes great.

Popular today is using Brioche or French bread. I have even seen bread pudding dishes made from stale doughnuts or cinnamon rolls. The choice is up to you. Remember, the bread texture will be slightly different depending on your choice.

My grandmother used stale bread (as do most bread pudding recipes) and the reason behind that was so the bread could absorb the liquid mixture. If your bread isn’t stale, you can cut it into cubes and leave out overnight, uncovered. You can also cook the bread quickly in the oven to “dry” it out.

What substitutions are there for this recipe?

This is a basic and classic bread pudding dessert. It calls for raisins and cinnamon. If you aren’t a fan of raisins, cranberries would be a good substitute along with chopped dates.

This pudding also calls for 2 cups of granulated sugar. If you need to tone that down, you use less sugar or try your favorite sugar substitute. You might want to experiment first as I haven’t taste-tested it without regular sugar.

I have used both Skim and 2% milk when making the pudding with the same result. You could substitute whole milk, almond, rice, or soy milk but the taste will change and the texture might be thinner or thicker depending on your choice. It might be worth an test run to see which you prefer.

Mema’s bread pudding didn’t call for a topping. However, my mom has made it with toasted pecans. They give it a crunchy texture in addition to the softness of the bread. Walnuts would work if you don’t have pecans available.

Popular today is the trend of using a glaze or sauce over the top of the pudding. Some of the more current sauces used are Hot Buttered Rum, Caramel Vanilla, Bourbon, and even Lemon. You could even use your favorite syrup or honey to drizzle over the top. If serving hot, it would be great with ice cream or a whipped topping as well.

This recipe doesn’t call for a final sauce on the top, but you could easily create a sauce that suits your taste buds and finishes the pudding off with your personal flair.

Other southern desserts we love 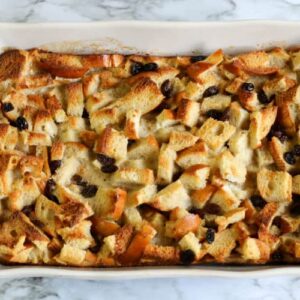 Rachel is a southern born and bred mother of 5 and founder of Southern Eats & Goodies. She's an entrepreneur, country girl, and world traveler who speaks 3 languages and loves Southern food. 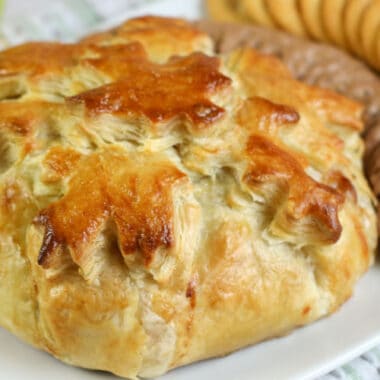 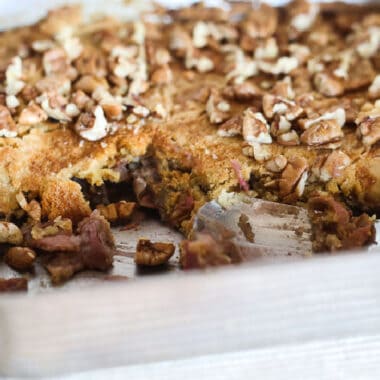 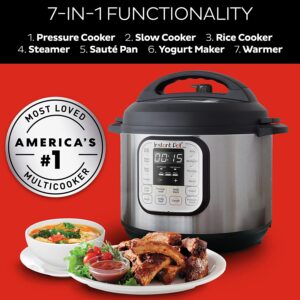